I have always said one of my favourite things as a new mom is rediscovering the world through the eyes of my daughter. To see the magic in everything they come across in their eyes is truly one of the most amazing gifts.

Tonight’s opening performance of Disney on Ice presents Dream Big was nothing short of amazing. 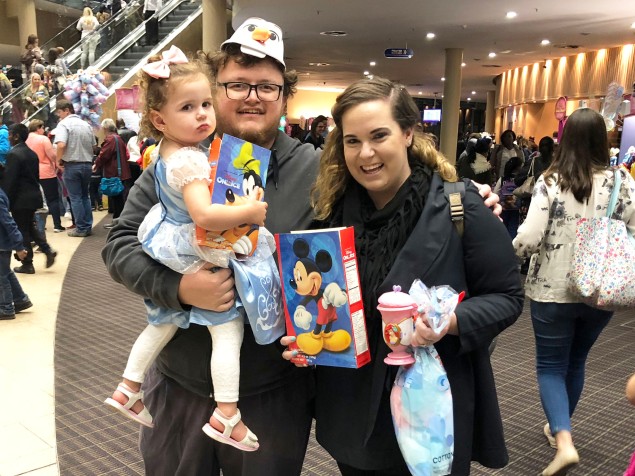 Brett, Maddie and I entered a world where adventure is awaiting and courage leads the way at Durban’s ICC where Tinker Bell took us on a journey of beloved Disney tales live on ice! There was a splash with the fearless dreamer Ariel and scenes from Rapunzel, Cinderella, Snow White, Tiana and Belle. We traveled to the wintry world of Arendelle with Anna, Elsa and Olaf from Disney’s Frozen as we relearnt that true love is the greatest magic of all.

The show runs until Sunday, the 8th of July and having attended the opening performance which I shared a few sneak peeks on my social media last night, I got quite a few DMs asking me for details. From parking to the merchandise so I thought I would quickly throw this together for you…

PARKING:
Parking at Durban’s ICC Arena is limited so arrive early. We arrived an hour and a half before the show and got a very close parking underground. There is a flat rate parking fee of R40 cash only. You should pay for this at the parking ticket machine as soon as you have parked – there were a lot of people queuing to pay afterwards so paying before hand will save you a lot of time!  Don’t park on paved areas around the ICC and the Durban Exhibition Centre, your vehicles could be towed away by the city’s Traffic Department.

During the weekend for the Saturday and Sunday performances additional parking will be available at Smart Exchange parking garage and CMH Mazda. Smart Exchange parking garage is located directly opposite the Durban ICC Arena entrance on Walnut Road. The entrance to the CMH Mazda parking garage is located on Union Street. There are three levels of parking at CMH Mazda (levels 2, 3 and 4), with the 4th level being uncovered. There will be Disney On Ice signs directing patrons to the lifts, which bring you to the road and exit point via Monty Naicker Road. A short walk across the road will lead you to the Arena.

HOW EARLY SHOULD I ARRIVE:
Doors only open one hour prior to show time, unless you are worried about finding a close parking I wouldn’t suggest arriving any earlier. An hour is more than enough time, especially when you have a toddler nagging at your leg while you are waiting for the gates to open.

REFRESHMENTS:
The ICC Arena have a food set up selling both adult and kiddie meals which are affordable along with drinks. Disney on Ice have several refreshment stations where you can purchase popcorn (in various sizes – a small cereal like box for R30 and a larger box for R60 – both are Disney branded or a packet which comes with a bag for R100. They also sell candy floss with comes with a Disney princess crown or an Olaf hat for R100. Then there are various sizes of themed cups and jugs of snow cones which is basically ice with some flavoured coloured syrup with a character straw/spoon. These range from R150 to R170 for the light up one.

MERCHANDISE:
The merchandise stands were honestly beautiful and the stock was really varied which I loved. Everything from t-shirts to rag dolls, plastic dolls and light up wands. The merchandise ranged from R70 to over R400 for some larger items. We bought Maddie a plastic Minnie Mouse doll which cost us R180 and the quality, in my opinion is great.

GENERAL INFO:
– I would suggest bringing prams into the venue. Car seats, carry cots and prams aren’t  allowed into the auditorium but a a pram park is provided if you want to take a pram.
– It can get chilli inside the auditorium as it is a real ice rink so you may want to bring a blanket to keep the chill away.
– Kiddies are allowed to bring small cushions to place on the seat.
– No outside purchased beverages or food may not be brought into the venue so don’t bother sneaking in food.
– The show is a manageable two hours with a 20 minute interval in-between. Even though we attended the 6pm show, Maddie sat and watched the entire show without hassle so it is just the right duration for the little ones. 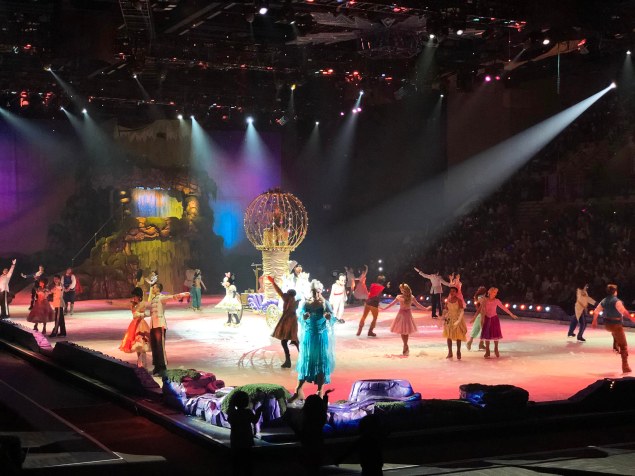 We had an amazing experience with no complaints. The show is honestly magical and I know you and your kids are going to love it just as much as we did!

I am a 31-year-old lifestyle, travel and parenting blogger, photographer and content creator based in Umhlanga, KwaZulu-Natal. I am married to a scientist and software developer, Brett and I am mom to our four-year-old daughter, Maddison and our newborn Charlotte. I am a full-time digital marketing specialist based on the North Coast of Durban. I spent eight and a half years working in the media industry as an award winning journalist for a magazine. My blog follows my journey through motherhood, our adventures as a family of soon-to-be-four, products we love and places we visit. For my rate card, media kit or to get in touch with me regarding any collaborations or campaigns please email me at mondevill@gmail.com
Loading Comments...
%d bloggers like this: